Co-branded cards are bank cards issued in conjunction with a for-profit organization. The cardholder may receive benefits from using the card, such as airline miles or hotel points, or discounts at certain retailers. Co-branded cards took off in the 1990’s and organizations like NFL and MLB teams have had cards since then. Some people will try to collect a set of these and trade cards with one another to achieve that goal. MBNA and First USA have been big co-branded card issuers. An estimated 15,000 to 30,000 card designs exist. 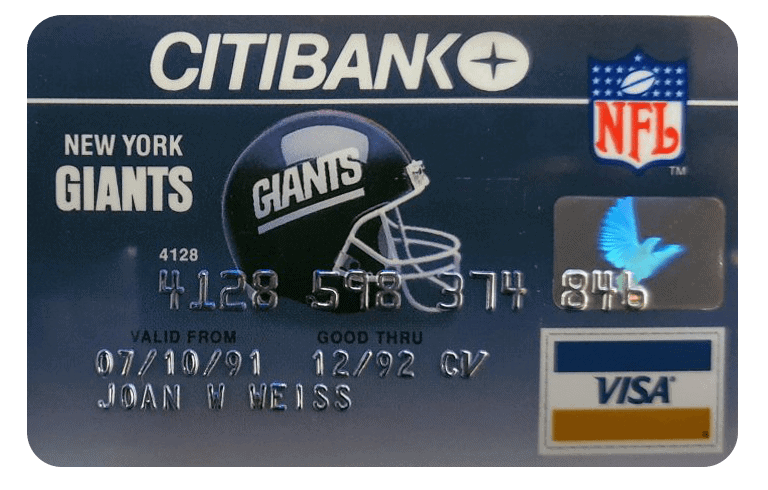 Affinity cards are bank cards issued in conjunction with a not-for-profit organization, such as universities, alumni associations, clubs and charities. The third-party typically gets a small percentage of the revenue from the issuer. In some cases, only members of the third-party may hold the card.

Air Travel Cards were first introduced in 1934, offering customers the option to pay later and receive a 15% discount on flights. They could be redeemed across multiple airlines and rose in popularity in line with the rising popularity of air travel. Over time, individual airlines started issuing credit cards. 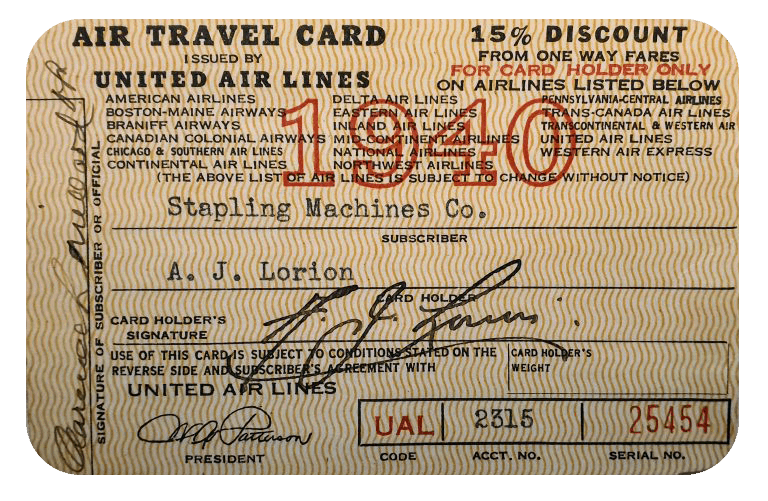 ATM stands for Automatic Teller Machine. Also known as bank debit cards, these cards are a part of our hobby, albeit a different category to credit cards, as no line of credit is being offered.

The phrase “bank card” literally means any card issued by a bank, but in popular usage is generally taken to mean a Visa or MasterCard, which constitutes the overwhelming majority of credit and debit cards issued by financial institutions. Any regulated depositary institution may join Visa or MasterCard, including banks, credit unions, savings banks, postal banks, etc. The key thing is their multi-merchant acceptability.

Bank cards originated in the early 1950s. They were replaced by BankAmericard in 1958 and Master Charge in 1967. The earliest Master Charge branded cards have an expiration date of November 1967, as well as an Interbank logo on the back of the card. This logo started appearing on the front of cards towards the end of 1969.

In America, it was legal until 1970 to send people credit cards which could be used immediately. At this time, legislation was introduced to prevent this. BankAmericard changed its name to Visa, and Master Charge changed to Mastercard, just before 1980. There are probably more than 25,000 different bank cards in total. 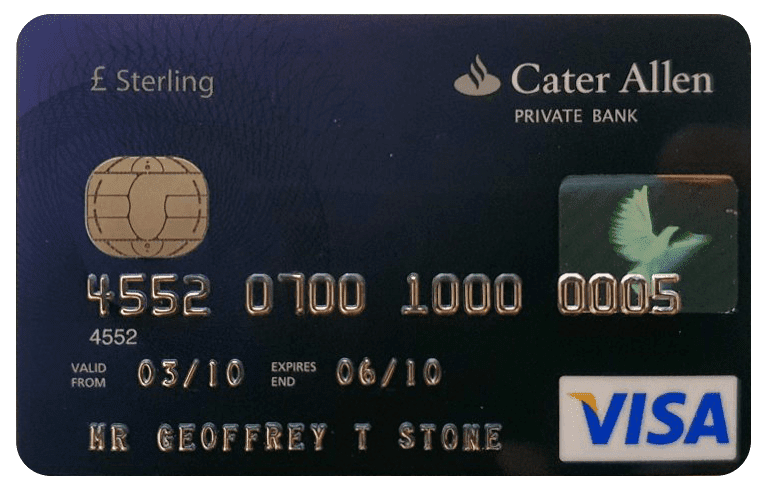 BankAmericard decided to conduct a trial in a small city in California called Fresno, where they issued a card to every resident with a Bank of America checking account.  They sent out 60,000 cards.  This is sometimes referred to as the “Great Fresno Drop”.

The first BankAmericard was issued in March 1959 and had an expiration date of September 1959. Cards during the early era had a six-month active life before expiration and needing replacement. The earliest BankAmericard cards have “incuse” printing, meaning the lettering on the cards is indented rather than raised (this can also referred to as “debossed” which is the opposite of “embossed”).

Travel and entertainment cards are aimed at business users. They are issued by organizations such as American Express and Diners Club.

American Express have historically been the most popular cards to collect.  It is an international brand, which is still around to this day using the same name all over the world, so many people are familiar with it.

The first American Express card was issued in October 1958, with an expiry of April 1959, after which it switched to plastic.  The oldest plastic cards have an expiry date of November 1959. Such plastic cards are perhaps even rarer than the paper cards. Experts estimate that around 250,000 original paper cards were issued, and only 100 of these may still survive.  Paper American Express cards are very highly sought after by collectors. They come up for sale on eBay from time to time, and can go for well in excess of $1,000 per card.

Diners Club issued the first third-party credit cards, where the card is provided by a bank, rather than a specific store or retailer. American Express only started issuing cards in retaliation to this, because they knew it would eat into their travellers’ check business.

The original Diners Club credit card was introduced in February 1950 and made from paper.  Diners Club cards from the early 50s are very few and far between, and there are no known examples of a card from February 1950.  In the late the 1950s and early 1960s, Diners Club provided booklets with a paper card on the front, and a booklet containing all of the establishments where it can be used attached to it. 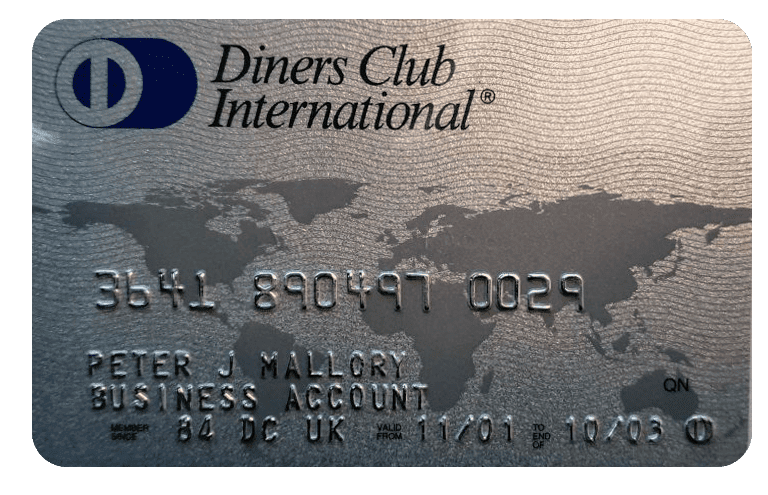 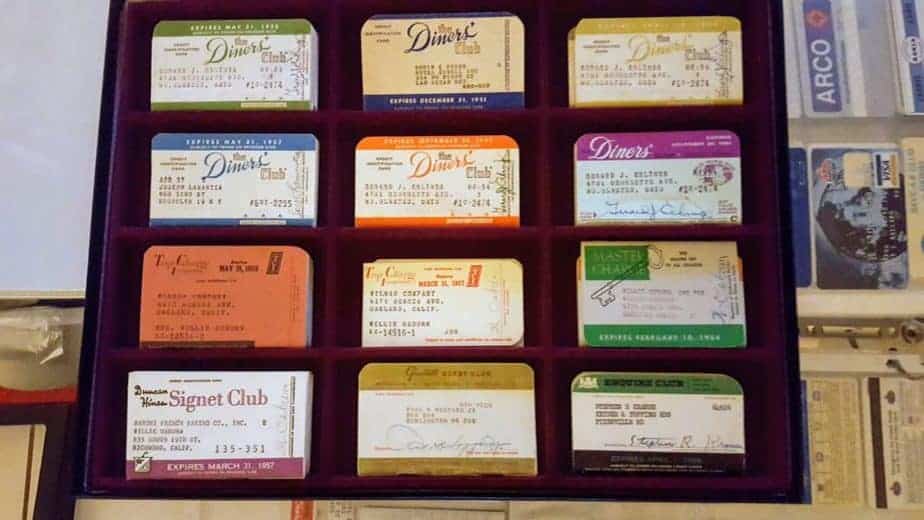 Oil company cards are sometimes referred to as “gas cards”, even though they could be used to buy more than gas at a service station. The earliest ones were made of paper.  Four or five companies issued charga-plates in the 1930s.  Plastic cards started in the mid 1950s.  Oil company credit card collectors compete with  oil company memorabilia collectors for cards.  Over 3,000 different cards are known to exist. Frequently, the card contained information to help the holder know where it could be used. 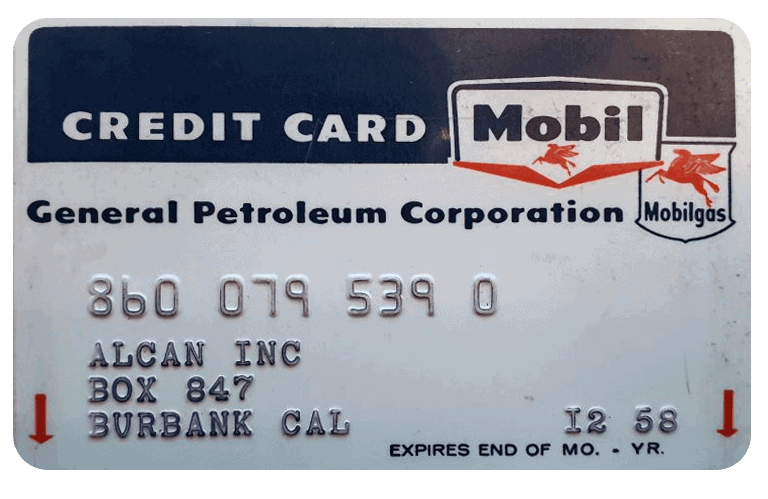 Hotel cards were first issued in the 1920s.  Most of them through the 1940s were of oversized paperboard.  Many of the hotels no longer exist.  Plastic hotel cards became available in the late 1950s, and perhaps 500 to 800 different ones exist. 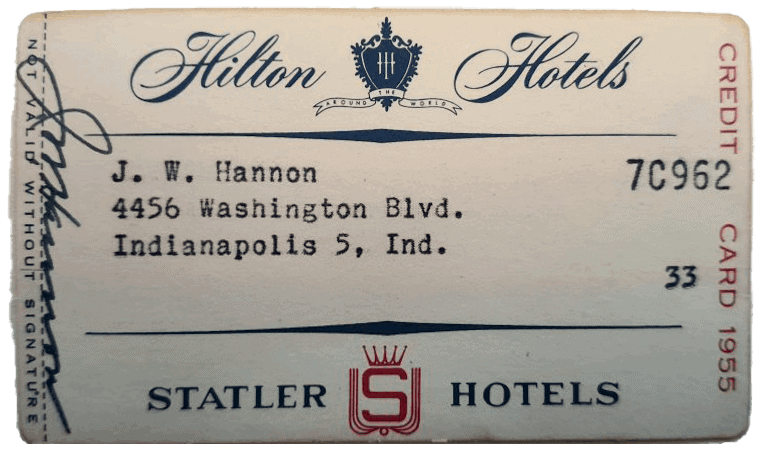 Smaller cards have historically been referred to as “Princess” cards, but the reason for this remains a mystery.  They are relatively common among retail cards.  Some collectors will exclusively collect cards of this size.  Princess cards were still being issued until the mid-1990s, and there are examples of these type of cards with a magnetic strips on the back. 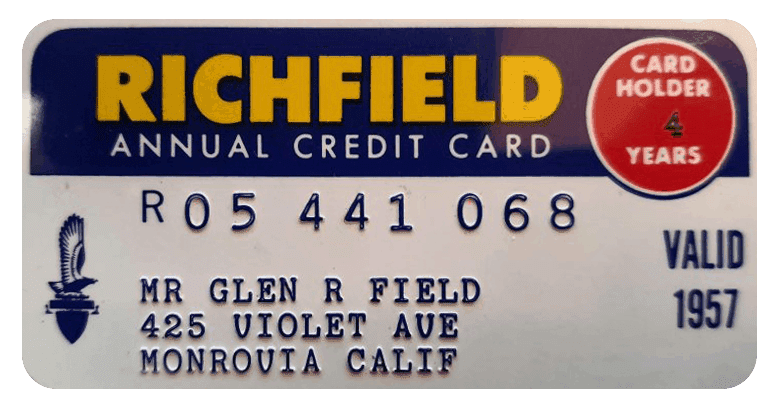 Restaurant cards include cards for private clubs that serve meals, as well as actual restaurants.  Early cards dating from the 1930s and 40s are made of paper. There are an estimated 2,000 to 3,000 of these types of credit cards in existence.

Retail credit cards are proprietary cards used at retail stores or group of stores, including mail order houses. The types of store could be department, discount, shoe, clothing, automotive, hardware, furniture, etc. The key point is that the card can usually only be used at the merchant who issued it. Typically, credit criteria for retail credit cards are less stringent than for bank cards. 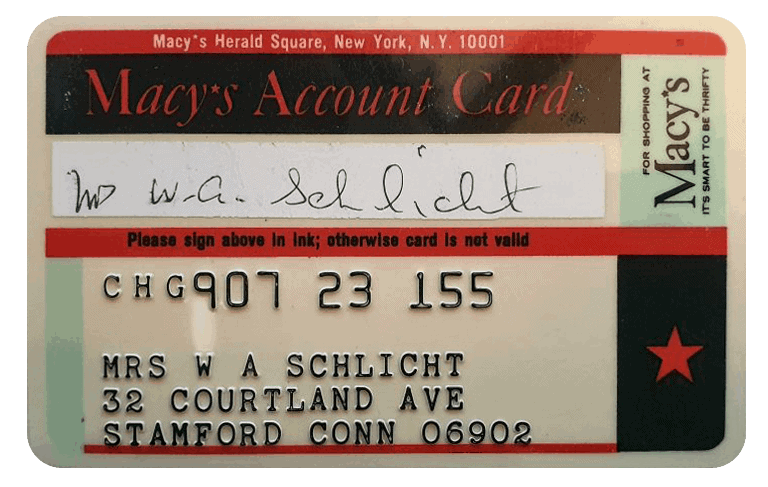 The first charge pieces were believed to be issued around 1865, and were made of “celluloid”, an early type of plastic.  Later ones were made of copper, aluminum, steel or white metal, and became known as charge coins.  Most were issued between 1890 until around 1950.  They came in various shapes, in sizes of a quarter to half-dollar, but were not always round.  They were issued primarily by department stores, as well as hotels and other businesses, and would often contain an image connected with the merchant and an identification number for the customer, such as an account number.  Many have a hole for a key chain.

Charga-plates are aluminum or white metal plates, dog tag size, with the customer’s name and address embossed on them. The other side has a paperboard insert with the issuer’s name and a space for the holder’s signature. They were primarily used in the 1940’s and 1950’s, as well as some which were still being used in the 1960s.  They were mostly issued by department stores, a few oil companies, and store associations. A plate is more valuable with its case. Between 300 and 500 different charge plates (also known as charga-plates) are estimated to exist.  All metal Charga-plates were issued with carrying cases.

Some of the most popular types of cards are listed above, but there are more than this. Other types of cards include car rental cards and country clubs. Other organizations include Western Union and Carte Blanche, to name just two.

It is worth noting that cards can often come under two (or more) categorizations. For example, a credit card issued by an airline would be considered both an airline card and a co-branded card. Similarly, cards from American Express may be considered travel and entertainment cards as well as bank cards.

We welcome new members to the American Credit Card Collectors Society all the time, from beginners to experts and everyone in between.

If you want to expand your credit card collecting hobby, learn more, and befriend like-minded people, become a member of the ACCCS.
JOIN TODAY!